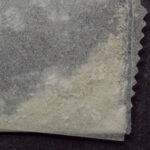 A bag of grey/off-white powder was sold in Chicago, IL as heroin but actually contains heroin, 6-monoacetylmorphine, etizolam, 6-acetylcodeine, noscapine, quinine, fentanyl, niacinamide, and xylazine. The sample was submitted from Chicago, IL.

Heroin is an opioid that produces sedating and analgesic (pain-relieving) effects. It is commonly smoked or injected, with a duration of several hours (variable depending on the route of administration). In recent years, heroin has been increasingly adulterated with fentanyl and fentanyl analogs, leading to a spade of accidental overdoses and deaths.

Etizolam is a benzodiazepine analog, giving it a sedating depressant profile. This includes anticonvulsant, anxiolytic (anti-anxiety), and muscle-relaxant properties.

6-acetylcodeine is a common impurity of the heroin manufacturing process, and 6-acetylmorphine is one of three major metabolites of heroin, and is more potent than heroin itself.

Noscapine is a cough-suppressing medication that is active at opioid receptors, but lacks the traditional euphoric and reinforcing effects of other classic opioids. It is currently under investigation for possible additional medicinal uses, and is an increasingly commonly used adulterant in heroin.

Quinine is a malaria medication that is also present in tonic water.

Niacinamide is a form of vitamin B3.

Xylazine is a sedative that is commonly used in veterinary medicine, and has been marked as an emerging drug of intentional abuse in Puerto Rico. It is thought to be primarily used as a bulking agent, often found in syringes containing speedballs (heroin and cocaine used in conjunction). Xylazine’s sedating and anesthetic properties lead to markedly lowered blood pressure and heart rate (hypotension and bradycardia).

The combination of all of these substances, most of which perpetuate slowing of central nervous system activity, are likely to compound each other’s effects and lead to potentially life-threatening hypotension (low blood pressure), bradycardia (slow heart rate), and resultant oxygen intake.

Combining opioids and benzodiazepines is thought to increase the likelihood of overdose, due to their slightly different mechanisms of action that both induce sedation and CNS depression. For this reason, all available harm reduction measures should be practiced if ingesting a comparable mixture of substances (or, especially, an unknown mixture of substances). Such measures may include ensuring that a sober sitter who is in possession of – and knows how to use – Narcan is present during a session, seeking out testing services, using clean and sterilized administration supplies, and using a smaller amount than usual whenever consuming in a new environment.

A capsule containing white powder was submitted from Los Angeles, CA. The capsule was sold as Ecstasy/MDMA, but tested... read more

Why Does DanceSafe Release Test It! Alerts?

By: Rachel Clark, Programs & Communications Coordinator Greetings, DanceSafers! As many of you know, we routinely release Test It! Alerts that... read more

WARNING! – You may be using fentanyl testing strips incorrectly!

Welcome to the Team: Hannah Procell

By: Rachel Clark, DanceSafe Intern A rectangular green pressed bar was sold as Alprazolam (Xanax) in North Carolina, but tested as... read more