Can someone really die from an ‘LSD overdose’?

Can someone really die from an ‘LSD overdose’?

Last week the San Luis Obispo County Sheriff’s office released the autopsy report on the death of twenty-year old Baylee Ybarra Gatlin, who died over Memorial Day weekend while attending Lightning in a Bottle (LIB) in Bradley, California. It was the first fatality ever in the 13-year history of the music and art festival, which is known in the harm reduction community as a leader in implementing harm reduction and medical services.

DanceSafe was at the event this year, providing free condoms, ear plugs, and educational literature on drug use as well other health and safety issues. As Executive Director, I helped oversee a group of nearly a dozen volunteers and participated in meetings with security staff, medical personnel, and harm reduction volunteers.

How and why Baylee died has been a question on the minds of the community at large, and everyone who works within the medical and harm reduction teams that provide services at music events. This is one of the reasons I was so surprised when the coroner’s report came back with the improbable assessment that Baylee died of an LSD overdose (i.e., “acute LSD toxicity”). Could this really be the case? It behooves us to look at the issue of LSD toxicity in detail.

How toxic is LSD, really? 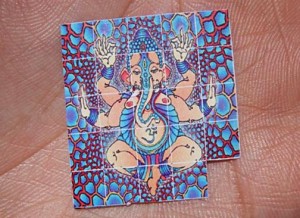 There are two main types of ‘toxicity’. Acute toxicity involves harm from a single short-term exposure, and chronic toxicity is the ability of a substance to cause harm from repeated exposure over an extended period. At recreational doses, LSD exhibits neither of these types of toxicity. Even at doses much, much higher than most users will ever consume, the evidence for LSD toxicity ranges from ‘slim’ to ‘none’. However, there are now dozens of different drugs that fit on blotter, many of which have caused dozens of deaths over the last several years, specifically 25I-NBOMe.

Since the first intentional ingestion in 1943, tens of millions of users in the United States have tried LSD. The total number of global users is unknown, but is certainly at least hundreds of millions.

One of the clearest pieces of evidence of the lack of acute toxicity for LSD comes from the long and well documented history of people both intentionally and unintentionally consuming massive doses without adverse medical incidents or death. In 1974, four women and four men snorted what they believed to be cocaine, but was actually powdered LSD. Despite accidentally consuming thousands of doses all at once, all eight of these individuals lived (although they did suffer relatively severe medical complications).

In terms of intentional consumption of high doses, there is a long history in some sub-cultures of “thumbprinting,” where an individual dips their thumb into pure LSD powder and licks it clean. Although it’s difficult to estimate the number of users who have done this or the dose they may have consumed, it is a common enough behavior that it has it’s own name (and there are dozens of trip-reports on Erowid).

Since the discovery of its psychoactive effects in 1943, there have been a grand total of four documented cases of supposed ‘LSD toxicity’. Two are poorly documented. One was likely due to police abuse, not LSD. And the other is the recent tragedy at Lightning in a Bottle.

The first claimed case was from 1977. In this case, the time from death until the discovery of the body was over a month, making a clear understanding of the situation difficult. Regardless, in this case blood serum levels indicated that the individual had injected 320 mg (or 3,200 100ug doses), likely under the impression that the powder he had acquired was another drug entirely.

The second case involved a 25 year-old male admitted to the hospital who passed away 16 hours later. Although he tested positive for high doses of LSD, the exact mechanism of action leading to his death is not documented, and in this case the evidence for the actual cause of death is so poor it may as well be called anecdotal.

A third case occurred in 2015, when Troy Goode was arrested leaving a Widespread Panic concert. In this case, he was hog-tied by police face down, attacked by a police dog, tasered, and then taken via ambulance on a 41 minute drive while still hogtied. After he passed away, ‘LSD toxicity’ was used to explain his death. A lawsuit filed by the family is set to begin in October, where the lack of LSD toxicity will take center stage.

The fourth and final documented claim of LSD toxicity occurred just this week, when the San Luis Obispo County Sheriff’s Office released Baylee Ybarra Gatlin’s autopsy report. “The manner of death is listed as accidental. The cause of death is listed as Acute Lysergic Acid Diethylamide (LSD) Toxicity,” says the report.

Could it have been 25i-NBOMe instead?

Since 2010, there have been dozens of deaths linked to 25I-NBOMe and related NBOMe and NBOH drugs. Additionally, new molecules are being invented by overseas labs all the time in an attempt to circumvent existing drug laws. Many of these substances are often misrepresented as LSD. Unless specifically looked for, these substances are extremely difficult to detect in the blood of a decedent, and with 25I-NBOMe in particular adverse medical incidents often progress at an incredible speed, with individuals presenting no medical signs at all until they rapidly decompensate. At virtually every event in the United States where we do onsite testing, NBOMe related substances are found being sold as ‘acid’, and we did have reports of patrons testing their acid at LIB only to find out that it was actually an NBOMe substance.

Whenever you hear claims of ‘LSD toxicity’ keep these undeniable facts in mind: prohibition driven misrepresentation kills people all the time, but it’s not at all clear if ‘LSD toxicity’ ever has. Did Baylee actually die from 25I-NBOMe? Did the medical examiner in her case even test for it? We know from our work investigating MDMA-related fatalities that there are no standards across the country for forensic toxicology screenings. It is up to each individual medical examiner to decide which drugs to test for. We also know that adding more toxicology panels can get expensive, but in today’s world, with so many misrepresented “research chemicals” flooding the market, it is important that they are done. We will just have to wait and see.

Everyone at DanceSafe sends their deepest condolences to Baylee’s friends and family.

The summer is approaching, and we are proud to announce the launch of our first crowdfunding campaign. Check out... read more

On the final day of Future Music Festival Asia (FMFA), I found myself sitting in a traffic jam with... read more

July 18, 2017 - Fentanyl is a short-acting synthetic opiate that is now being used as an adulterant in... read more

Four men have died after taking ‘superman’ ecstasy tablets, believed to have been made with a high concentration of... read more

DanceSafe is proud to announce a partnership with 180 Smoke Online, along with eight associated retail Vape shops in... read more

By DanceSafe Staff We are proud to announce the release of three new drug information cards! Our DMT and cocaine... read more

ABINGDON, VA - The mother of a 19-year old UVA honors student has launched a campaign to change a... read more

Dancesafe is seeking an Executive Director!

Dancesafe is seeking our new Executive Director!  Do you have what it takes to head our dynamic and growing... read more